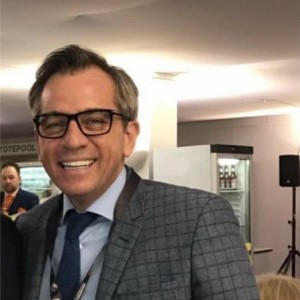 A Brief History Of The Slot Machine

When you think of the phrase ‘slot machine’, your first thoughts probably go to pubs, casinos, and let’s be honest – Blackpool. The city is filled to the brim with casinos and arcades, catering for the thousands of people who walk their streets every night. You might find the children loitering around the grabber machines, and penny falls, but most adults find that their feet move towards the “18 Only” section. There, slot machines are placed on every corner, in every aisle, waiting for eager men and women to try their luck.

And this is the same for pubs. When you wander in for an after-work pint with your friends, usually one or two of them are drawn to the slot machine in the corner. But why do we do this? Slot machines have been around since many of us were children and, if you are like us, you’ll be used to seeing people popping their loose change in for the chance to win some extra beer money. When you finally come of age in the gambling world, you get your first taste, and for many popping a few pounds into a slot machine becomes a routine part of your weekly trip to the pub. Something fun for you and your friends to do after a drink or two.

So, we know they’re popular. We know they’re fun. And we all know how they work: you enter a coin, pull the handle (or press the screen on the modern machines) and hopefully line the images up to win some money. But how did the slot machine become such a staple part of our entertainment in the UK? There was so much competition back when the original slot machine first graced the floorboards of a saloon. But, read on if you want to understand the full history and learn how this classic gambling machine first came to be.

The person you ought to thank for the first slot machine is Charles August Fey. He invented the first modern slot machine in 1894, and it was so popular at his local saloon, that the following year he was able to quit his job and open up a factory. A saloon, for those not knowledgeable in the wild western lingo, was just like your local pub but with more gun-wielding outlaws and a few more fist fights. It was here that excited patrons first played the slot machine.

With this success weighing heavy on his shoulders, Fey worked hard to create more exciting slot machines to share with the world. This resulted in the production of some of the most recognisable slot machines you may have seen in your nearby casino. The Card Bell was created in 1898 and was the first three-reel slot machine with automatic cash payouts. After this in 1899, he built the Liberty Bell, which used horseshoes, bells and card suits on the reels. The quick development of these iconic slot machines signalled a revolution in the entertainment and gambling industry so grand that the early 20th-century population was captivated. However, unfortunately, due to the 1906 San Francisco Earthquake, only 4 of the 100 Liberty Bell machines are left surviving.

Fey’s innovative creations proved so immensely popular among saloon patrons, from the local doctor to the town sheriff, that he was quickly copied by companies eager to be a part of this money making madness. Fey’s most famous and recognisable competitor was the Mills Novelty Company from Chicago. And although the story of Fey seems to be saddened by those wanting to replicate his original creations, it did help the slot machine reach all the corners of America.

It wasn’t all smooth sailing for Mr Fey and his slot machines. Religion, forces of morality and even the law frequently opposed the production and operation of slot machines. By the time they were banned in San Francisco in 1909, there were 3,300 slot machines in the city. As all of these were now rendered illegal, Fey and his team had to put their heads together and come up with a solution quick. Smart Fey then began creating machines with no coin lots, in which purchase and payout occurred across the saloon counter, effectively evading the law. However, whatever Fey did his competitors were quick to copy. Not long after Fey moved his factories to Chicago, where there was no law against the gambling machines.

After following the trends of Fey’s slot machines, his competitors decided to forge a new path and created some new machines with new features. The terrible banning (to most saloon owners and patrons) in San Francisco saw the introduction of the ‘chewing gum dispenser’ slot machines. The card suits were replaced with fruit symbols on the reels, representing various flavours of chewing gum. These are some of the most recognisable reels in the 21st century that every gambler has played on at least once. But something that has faded with the times is that some machines actually dispensed gum. Now we can all think of a person at your local that could do with this feature being reintroduced.

The Mills Novelty Company copied this idea (no surprise there) by adding a picture of a chewing gum pack on to their reels, soon stylized as the well known ‘bar’ symbol. In 1916 the company changed the world of slot machine gambling for good. They invented the jackpot, where certain combinations on the reels paid out all the coins in the machine. It is this idea that tempts many modern patrons to test their luck and spin the reels with the chance of winning hundreds, or in some cases, thousands of pounds.

The gambling staple was only introduced in the UK in 1999, but now almost 20 years later, there are over 33,000 slot machines in our pubs, casinos and arcades. They can provide hours of fun (or frustration) for just one patron desperate to win the jackpot. A huddle of these gloriously tempting machines in a pub corner can often make a landlord more money than the beer sales! But how? Well in the UK (unlike the US) there is no minimum payout, but rather a simple obligation to print somewhere the payout percentage. So are patron’s being tricked out of there money? While the law may seem unfair to some, many pub-goers are more than happy to spend their pocket change on a laugh with their mates than worry about the percentage of payout they will receive.

However, there has been a new maximum stake on these machines introduced, meaning pubs can now compete with betting stores and casinos. This means they are on par with the casino’s machines, so people who previously ventured across the city to the casino, need only walk to their local for the same gambling experience, with a friendlier, more relaxed atmosphere.

Maximum Stake for Fixed-Odds Are Cut

So, this maximum stake, what is it and what does it mean? The maximum stake for fixed-odds betting has been £100, but parliament has decided to reduce it to £2. The change, which is subject to a parliamentary vote (likely to take place in 2019), will reduce the government’s tax take from the machines. One analyst said that move would send “shockwaves” through the industry, forecasting that William Hill would lose £288m and Ladbrokes Coral would lose £437m in annual revenue if the maximum stake were reduced to £2. But, putting the complex numbers and analysts aside, it means that on slot machines the highest bet you can make at one time is £2. Although, this doesn’t stop patrons from entering £2 50 times in a row.

The Gambling Commission has advised the government that the maximum stake could be set at up to £50, but Ms Crouch, the junior culture minister, told MPs that only a £2 maximum would “substantially impact on harm to the player and wider communities”. While this is beneficial for the reduction in gambling addictions, it might negatively impact some gambling settings. Thankfully pubs will be fine, as usually, patrons spend no more than their pocket change anyway, and casinos should see only small damaging results. This means that your patrons can still be happy, eyes on reels and fingers on buttons, but they need to put their pennies in more often, rather than sliding in £5 note.

Slot machines can help make your pub or bar more fun, inviting and create an atmosphere that encourages people to bring their friends for a play and a drink. Even with the potential restrictions, slot machines can still be very profitable for your business, even if you only rent them rather than buy one. If you think your establishment could benefit from renting a fruit machine, then contact us today for more information.

This website uses cookies to improve your experience while you navigate through the website. Out of these, the cookies that are categorized as necessary are stored on your browser as they are essential for the working of basic functionalities of the website. We also use third-party cookies that help us analyze and understand how you use this website. These cookies will be stored in your browser only with your consent. You also have the option to opt-out of these cookies. But opting out of some of these cookies may affect your browsing experience.
Necessary Always Enabled
Necessary cookies are absolutely essential for the website to function properly. This category only includes cookies that ensures basic functionalities and security features of the website. These cookies do not store any personal information.
Non-necessary
Any cookies that may not be particularly necessary for the website to function and is used specifically to collect user personal data via analytics, ads, other embedded contents are termed as non-necessary cookies. It is mandatory to procure user consent prior to running these cookies on your website.
SAVE & ACCEPT
Scroll to Top